I found this month's literary knitter in a biography of the Churchill family by Mary S Lovell which I'm currently reading. I was wondering how to squeeze her in as a literary knitter, when I found out that she had published an autobiography - perfect. 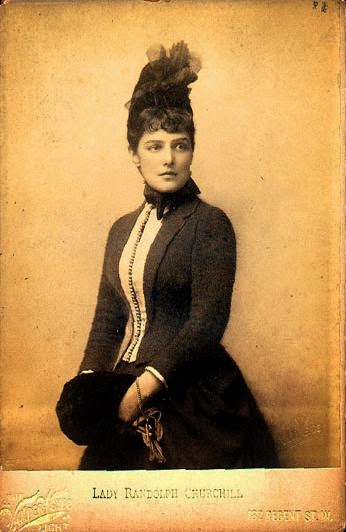 Jeanette (Jeannie) Jerome was born in America in 1854, one of three daughters of a speculator and financier. At the age of 20 she married Lord Randolph Churchill, the third son of the 7th Duke of Marlborough. Jeanie was widely regarded as one of the most beautiful women of the day; as Lady Randolph Churchill she was a leader of society and political hostess, and helped shape both her husband's and son's political careers. She is even credited as having been the inspiration for the invention of the Manhattan cocktail, although this is probably apocryphal. The Churchill's had two children, Winston (the future Prime Minister) and Jack.

Throughout he life Jeanie had a series of male admirers and lovers, many of whom were much younger than her. She was left a widow by the death of Lord Randolph in 1895. Five years later she married George Cornwallis-West, who was the same age as her eldest son. They separated in 1912, and were divorced in 1914. Four years later she married the even younger (and fantastically named) Montagu Phippen Porch. This month's extract comes from the period between her second and third marriage;

During her convalescence (Jeannie's toe had recently been amputated) she knitted a scarf for Hugh Warrender, a young admirer who had once hoped to marry her and was now in the trenches. The scarf was so huge that he used it as a blanket. But this was mere kindness by Jeannie, for though she was fond of Warrender there was a new man on the horizon. As usual, he was much younger than her.

So Lady Randolph; a beautiful witty conversationalist and political animal, with a taste for cocktails, younger men and knitting - what's not to love! 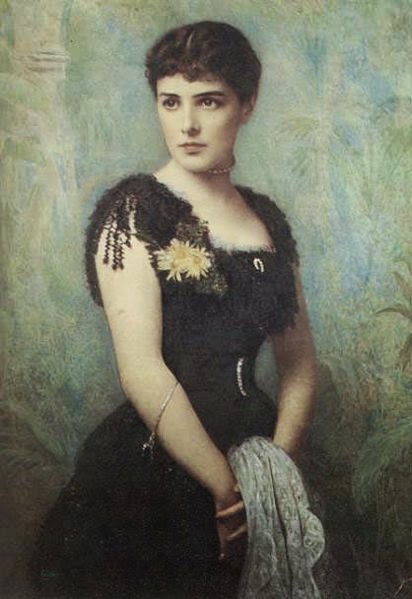