The ethics of stash raiding

When I packed my bag before we moved out three weeks ago for the renovations on our kitchen, a not inconsiderable portion of the bag was filled with knitting wool. Well I could hardly justify bringing a sewing machine (even my portable one) and I didn't want to leave myself with nothing to do. When we moved out we were not entirely sure how long it would be for, and I had to guesstimate the amount of wool I would need. I thought I had erred on the side of caution, but last Tuesday the unthinkable happened - I ran out of wool!!! I knew I would be out at my own house later in the week to meet the builder and could pick up some more of my own wool at that point, but what to do until then???

I was staying with the boyfriend's family at the time and his mum suggested I raided the stash of his sister, which she had left in the house when she headed off to America last year. I was tempted but was this OK? How would I feel if someone when routing through my stash while I was away? I ran this ethical dilemma past a couple of my knitting friends, and they were all for it. (You know you were ladies, no good trying to deny it now). Acting on their wise advice I went stash raiding. 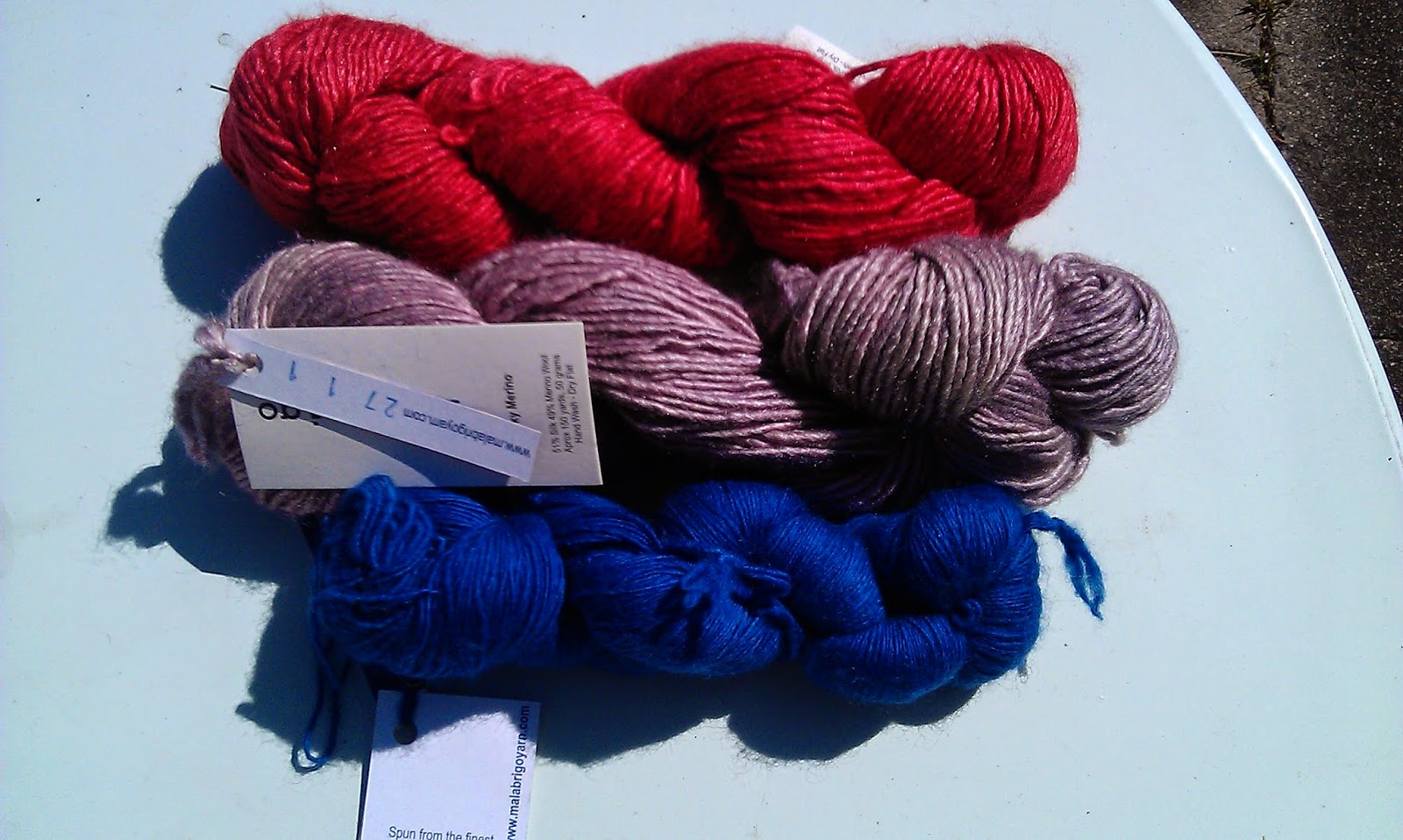 What did I find? A small, but perfectly formed stash. Three beautiful skeins of malabrigo yarn, and some lang cashmere dk in four colours. I decided to pinch the lang cashmere as I thought it was the least lovely and expensive, but I still felt a little guilty. In the end I decided to own up, and told Clare what I was up too. It seems I need not have worried as she had left a message for me some time ago to help myself, it had just never made it to me! Given this, and that I've finished my first project with the long cashmere, the malabrigo yarn is looking very tempting :-) 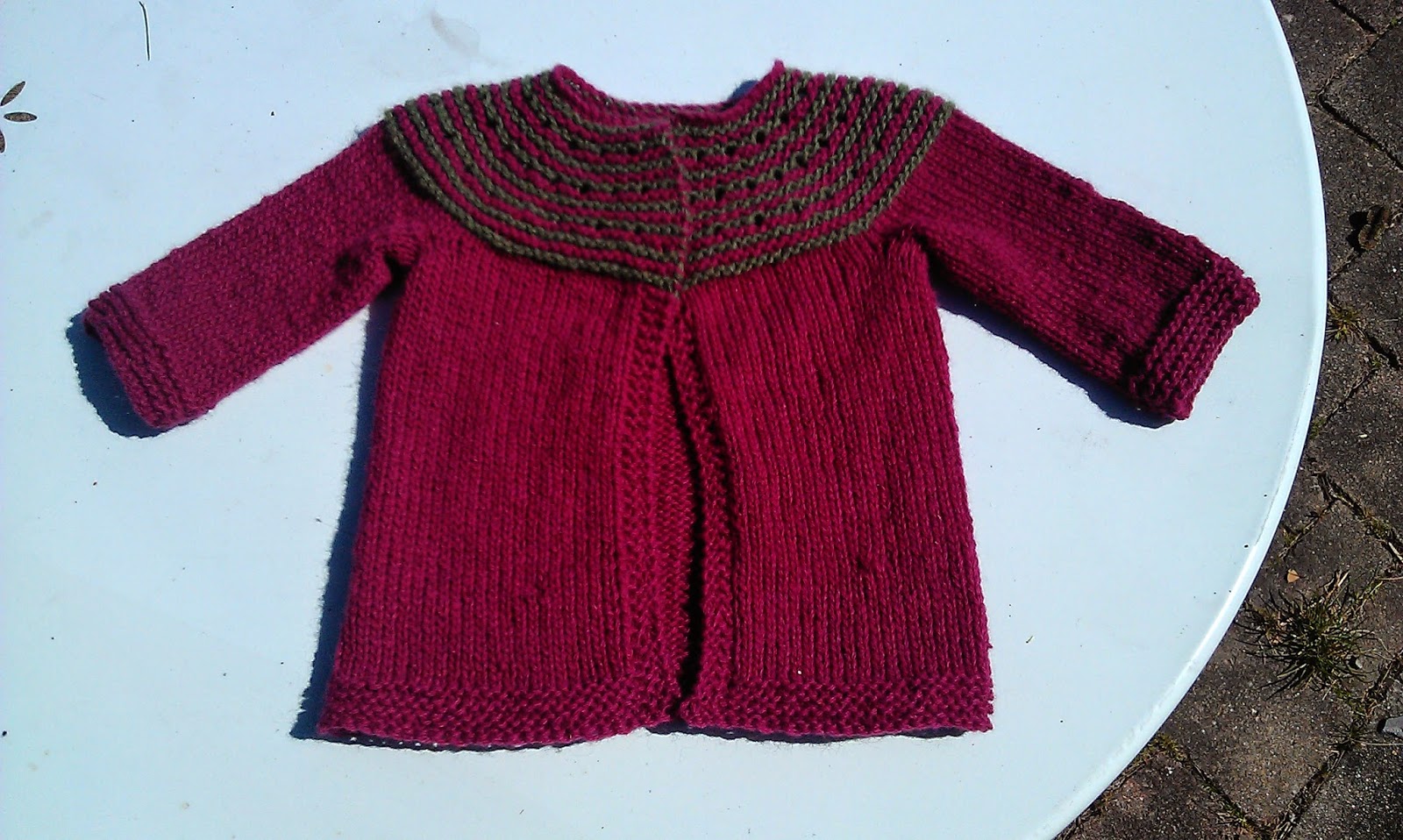 Quite cute I think, the pattern (Gidday baby) is one I've used before and really like. I just need to get back into my house so I can raid my button box to finish it off. (Update: I've just been given access to my mother-out-of-laws button box and have found the perfect buttons). There are lots of babies arriving in the next few months so I'm glad to be getting a head start on the present knitting.

I finished the cardigan last night and had left it in the sitting room, when I came down this morning I found that panda baby had moved in. He looks pretty happy with his new top. 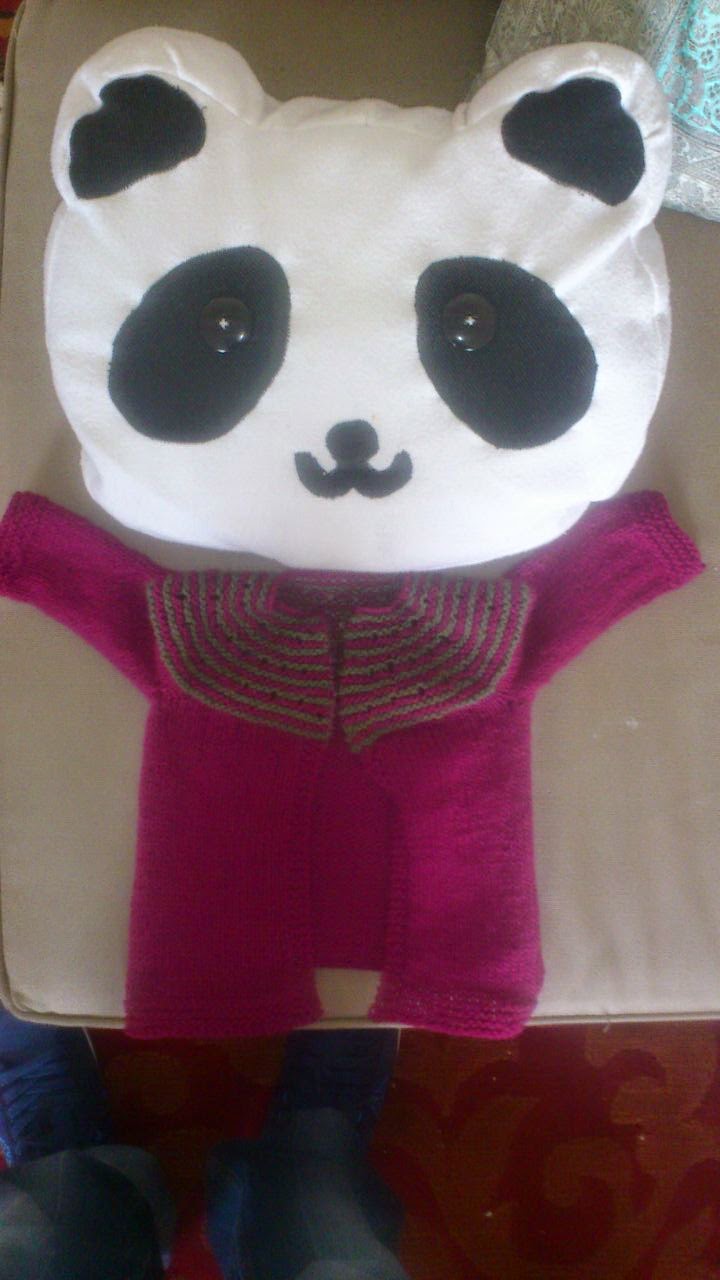