Last Friday was May day, and although she didn't wake and call me early, my mother dear did text me in the morning to remind me to wash my face in the dew on May morning.  This may seem an odd reminder to some readers, but it's something I've been doing for as long as I can remember. Why? I hear you ask, well let me explain. 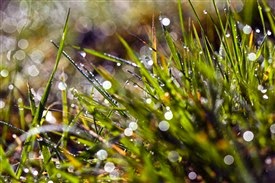 The folk law around May Day is varied, but one old tradition is that the dew on May Day morning has magical properties and will keep your complexion young and fresh for the following year. Some traditions are more specific and suggest the dew must be used at or before sunrise, or must be collected from a specific plant. For example one rhyme says that the maid who rises early on May morning 'and washes in dew from the hawthorn tree, Will ever after handsome be'. Suggesting hawthorns must be very powerful if dew from them will make you beautiful for ever, not just for the year.

Apparently the belief that the dew had to be collected at sunrise could cause problems; the puritan Philip Stubbes, writing in 1583, recording that of girls who spent the May Day eve in the woods "scarcely the third part of them returned home again undefiled".  (Yikes, this tradition seems more dangerous than I realised.) However, the practice was still going strong nearly a century later when Samuel Pepys noted that his wife went to Woolwich on May Day eve to collect May dew the next morning "which Mrs Turner hath taught her is the only thing in the world to wash her face with".[1]

It seems that the power of May Day dew is not just an English tradition, in Dr Gerard Boate's The Natural History of Ireland published in 1652 he records that;


The English women, and the gentlewomen of Ireland ... did use in the beginning of summer to gather good store of dew, to keep it by them all the year after for several good uses both of physick and otherwise, wherein by experience they have learnt it to be very beneficial.[2]

Thankfully, I returned unmolested from my excursion to wash my face in the May Day dew, but as there was no handy hawthorne tree I had to make do with dew from the grass, and I can't honestly say I was up at sunrise. Hopefully, the dew will have retain enough magic to keep my complexion clear for another year, until next May Day.

For those who are interested the quote in the title is from Alfred, Lord Tennyson's The May Queen, which starts like this: 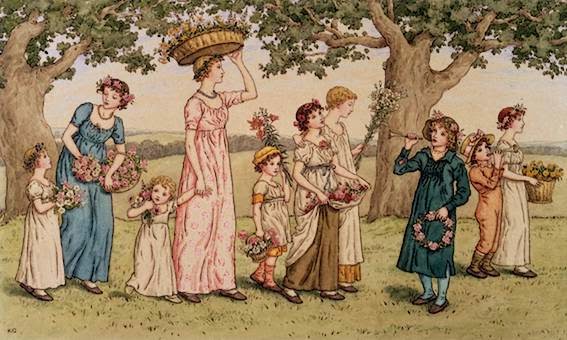