The weekend before last while out enjoying the sunshine in our roof top garden, the boyfriend noticed that on the end wall of our building, half hidden by a later extension, was a tiled advertisement for the original occupiers of the building.

I'm so please to think that I live in a former drapers and outfitters shop, I only wish they were still in the building. It would be like having an enormous extension to my stash, and I'd never run out of thread or needles on a Sunday afternoon!

Anyway, back in from the sunny weather some quick googling provided some fascinating tit bits on Edward Lee. The shop was already in Rathmines before 1910, when it was a one level building only;


Then in 1911, obviously with trade booming, Edward Lee & Co. expanded their Rathmines store with an additional two levels. The building was designed by Kaye-Parry & Ross, a Dublin based firm of architects who had already carried out several projects for Edward Lee & Co on their other shops in Dublin. All the pictures I could find were taken from the other side of the building, so you can't see the tiles we found but you can see the ones on the other side of the building; 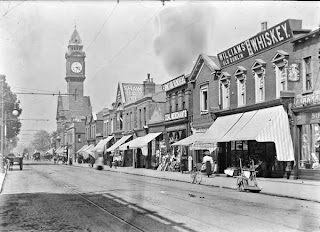 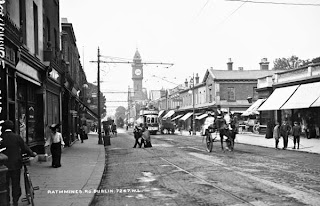