A couple of months ago I blogged about a full circle skirt I made using a vintage pattern. As a treat to myself, after the 5 meters of hand-sewing the hem, I decided to buy a net petticoat.  Well, having been outraged by the price of net petticoats, I looked instead into making one myself. A quick google later and I found Sugardales' excellent tutorial on how to make a net petticoat.

So, armed with 3 meters of net and 20 meters of ribbon, I got underway. I have to say the tutorial is fantastic, well explained and with clear pictures. I followed the instructions, except I used meters instead of yards for the measurements, which probably resulted in the petticoat being extra full. It was easy to do, as it was mainly long runs of straight sewing, the only slightly tricky bit was attaching the ruffled net to the next layer. 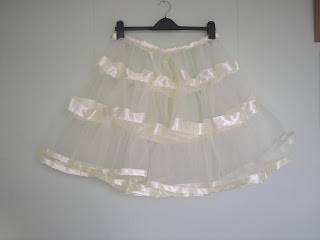 I think (modestly as ever) this turned out really well. For once, after the mistake I made of the sari summer dress, I read the instructions fully, and twice, before starting - and as a result - I made no mistakes :)

And what a difference it makes...

In fact, the petticoat is so full I decided that it might not be ideal for everyday use, I have a feeling I could get stuck in doorways and would be continually knocking things over.  So, for day to day use, I made a second petticoat, with the left over net and some spare lining material. I used another good online tutorial for the base of the petticoat - which is just a basic half slip. I then gathered up the remaining net and sewed it onto the completed slip, with the net finished just above the hem, so it wouldn't scratch against my leg. 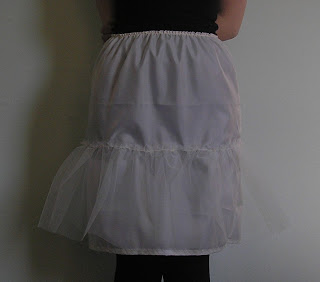 Not as pretty as the first but rather more practical, giving a little lift to the skirt, but not so much as to take up two seats on the bus! 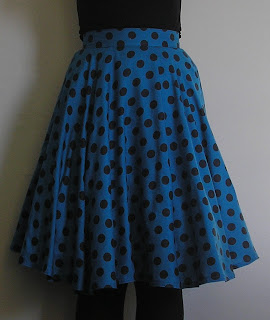 I have to confess that the title of the post is a little misleading, as its really just about petticoats and not dreamboats. But, so as not to be done under trade descriptions, I think I better at least mentions dreamboats. But do all knitters/sewers have the same taste in dreamboats? I think not, if my knitting group is anything to go by - Diarmuid Gavin and most of the Irish rugby team (you know who you are ladies). So, as I'm probably not going to be able to please everyone, I will just please myself 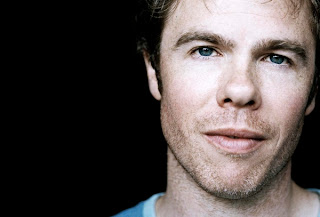