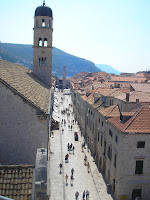 I've not been blogging much the last couple of weeks partly as I have been on my holidays, a last minute deal to spend a week in Dubrovnik. The old town is very beautiful, although rather full of tourist shops, and when the cruise ships arrived totally packed with visitors. (I know, I am a tourist too and just as guilty). I went round several of Dubrovnik's museums, which were in the main not fantastic with one major exception - the Dubrovnik Ethnographic Museum. 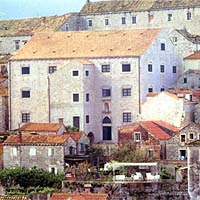 The museum is housed in an old granary just below the town walls, and has the most amazing collection of traditional/folk embroidery and lace clothing and decorative items from across Croatia and the neighbouring countries. The collection was put together by Jelka Mis, born in Dubrovnik in 1875 she trained as a school teacher. 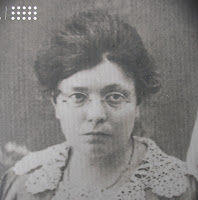 During her holidays she travelled across Croatia and its neighbouring countries, amassing a huge collection of samples from the eighteenth and nineteenth centuries. She felt that traders were paying a tiny amount to purchase items, and then selling them at a huge profit to tourists. In the 1930s she returned to Dubrovnik where she established the Atelier for Folk Embroidery, to train local women in the skills of traditional embroidery. She was already a member of the People's Female Collective which since 1919 had done much to promote the status of folk embroidery and crafts. Jelka Mis donated her collection of over 1000 artifacts to the Dubrovnik museum.

The collection contains samples of embroidery, many of which Jelka Mis had worked out the designs of for her students. 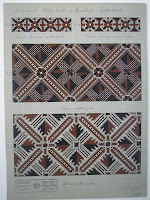 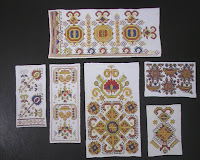 As well as full costumes, these examples coming from Kosovo and Macedonia - 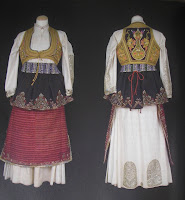 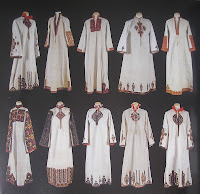 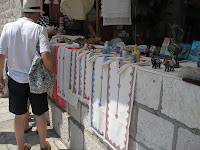 Sadly, Dubrovnik is no longer the centre for traditional folk embroidery. There are a number of stall selling overpriced items, the quality of which would probably break Jelka Mis' heart. On a brighter note, I did come across a fantastic millinery shop with some beautiful handmade summer hats. 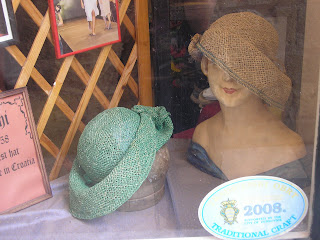