Neillí Mulcahy – Irish Haute Couture of the 50s and 60s

A couple of weeks ago, for the first time in the decade that I have lived in Ireland, I went to the Decorative Arts & History Museum in Collins Barracks. I don't really know why it has taken me so long to get there, I put it down to the museum being a bit out of the city centre, and me being a bit lazy. 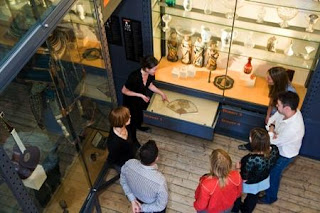 The museum is one of those which I find a bit overwhelming - it just contains so much stuff! Two of my favourite bits were the Curator's Choice, which gave a nice snap shot of the museum's collections and the Out of Storage section, which is a huge gallery with a jumble of items form across the collections arrange a bit like a storage room.

After wandering through room after room of silverware, I finally found my way to The Way We Wore rooms, which look at dress in Ireland from the eighteenth to the twentieth century. I have to say I found it a little disappointing, I didn't think they had made the best use of the collections/area and I found the dummy's a bit freaky, also their clothes didn't fit well. 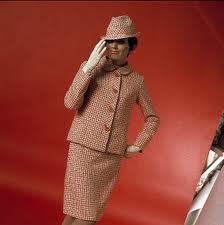 However, what I really did enjoy was the Neillí Mulcahy – Irish Haute Couture of the 50s and 60s exhibition. I had never heard of her, but i discovered that from 1951 to 1969 she ran a very successful haute couture business in Dublin, focusing on the use of Irish tweeds. And working with Irish hand weavers to produce new designs and colours. The exhibition includes clothes designed by Neillí, as well as material from her archive (including sketches and order books) and some tools from her workroom. 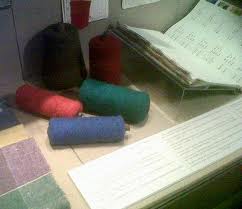 I really enjoyed this part of the museum and think I might go back with my sketchbook to jot down one or two ideas. Indeed I took the idea from the half slip net petticoat I made last week form on on display as part of the exhibition.