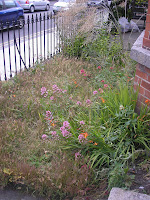 Hello faithful readers, fear not, I have not fallen of the face of the blogosphere, I've just been a bit busy. The main reason for this is that I've moved house. The boyfriend has changed jobs, necessitating a move to the other side of town. I'm especially excited as we are now renting a house instead of an apartment, and have a front and back garden. The former is small and overgrown and the latter is a yard, but there is lots of potential. 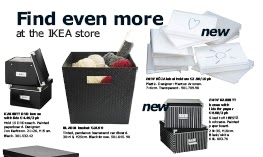 All the packing has caused me to face some home truths, such as the size of my fabric stash (its sitting next to the desk, still in its moving boxes looking reproachfully at me). But, on the brighter side it does mean a trip to Ikea, and as an archivist friend said to be recently, you can't beat there home organisation section. I think its a professional thing, we just like to put things away in nice neat, organised boxes. Also, flicking through the Ikea catalogue I noticed needles and wool sticking out of several of their storage boxes.

Because of the house hunting, packing and unpacking I've not been up to a great deal on the craft front. I've been without a sewing machine for two weeks, and separated from most of my knitting stash and accoutrements. However, since moving in I have been making use of the bigger kitchen, and more reliable oven...

Twice baked (although only once baked at this point) watercress souffle and a blueberry cake :)
Labels: baking gardening Ikea moving