Starting the fires of inspiration

I don't know if anyone has been watching BBC's Let's Dance for Sports Relief programme? (I have to confess I haven't and only know about this because of a tip off.) But if you have you may have seen the charming Miles Jupp dancing to The Prodigy's Firestarter. 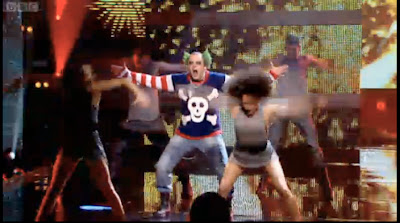 The observant reader may be thinking that his jumper looks a little familiar ... rather like this jumper, which I made last March ... 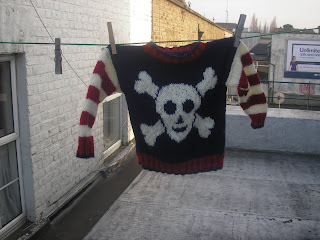 ... well, you would be right!  Miles' wife is an old friend of mine, and I made this jumper for their son. It has apparently proved to be rather a hit with him and has had plenty of wear. So, when Miles was invited to be on Let's Dance he took his the jumper along to the costume department and got them to make up a full sized version! 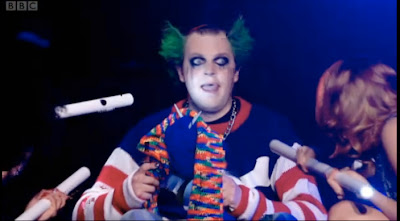 Miles was the runner up in his heat, and will be taking part in the final. I'm pleased to think my jumper played a small part in his success :)
You can watch the full routine here
Labels: inspiration Knitting Let's Dance for Sports Relief