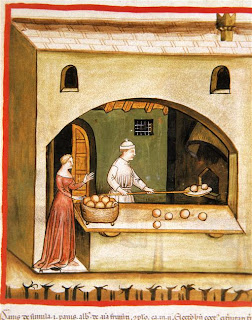 I've been on a bit of a bread-making bonanza in the last couple of weeks, and have been reading a couple of my baking books in rather more detail than I have in the past. One of the things I found interesting was reading about medieval bakers using left over yeast from brewing, called barm, to leaven bread, I guess because it was the most readily available source of yeast.

As my boyfriend is a brewing obsessive enthusiast, yeast is not something we are short of. A whole shelf of the fridge is given up to his yeast farming activities. With all this yeast to hand, I thought I should give beer barm bread ago.

As not everyone is unfortunate lucky enough to have a fridge half (15% at most) full of brewing yeast, none of my baking books could provide me with a recipe. They all had a version using beer to give the flavour, but using instant yeast. But a quick google and I had what I wanted. Adventures of a whole wheat pastafarian has a detailed post about making ale-barm bread, and I based my attempt on the instructions there. 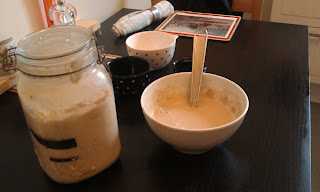 Beer-barm and flour starter after a night of bubbling away. I am reliably informed the yeast I used was WLP007 which had been used to brew some red kind of epic red ale. You can also see my new sour dough starter which really took off over the weekend. 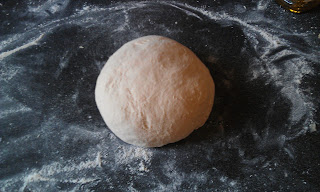 Kneaded and ready to rise 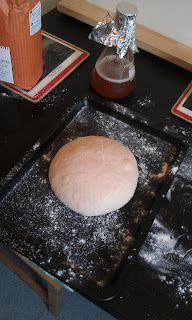 Ready for the second proving 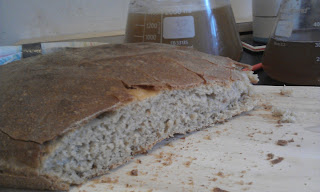 The final result? Well as you can see the loaf is a bit flat, and nothing like as pretty as this one. I think I made the dough a little to wet, and so it just spread out horizontally on the tray during the second proving, rather than growing up. A proving basket might have been a help here as well.

However, what it lacks in appearance it makes up for in taste. It does taste of beer, with a tangy bitterness which is really nice. Although I used just white bread flour, the bread looks almost like wholewheat as it has a more nutty brown colour. Its yummy toasted with butter, and would I think go really well with some strong cheese for lunch, something I'll have to try with my next loaf as we've gobbled it all up. So, yes, there will be another loaf, hopefully better shaped but no less tasty! I can also see there could be interesting experiments in what effect different strains of beer yeast would have on the taste of the bread. 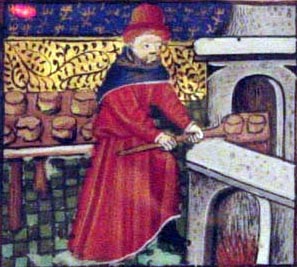 Plus for historical accuracy I think I need one of these snazzy hats!