Today, according to ravelry, it is four years since I cast on my sock yarn blanket. Originally it was to be a project to keep me busy while I was unemployed, but I was lucky enough to get a job just two months after I had cast on. A lot has happened in the last four years, I'm still in the same job (which I love), we have moved house twice and are now living in our own home, and I'm still working on my blanket.

Progress has been slower than I would have liked, much slower, and I've not worked on it for ages. But it is a new year and I am feeling revitalised, so I dusted of my sock yarn scraps and spread the blanket out on the bed for the first time in months. 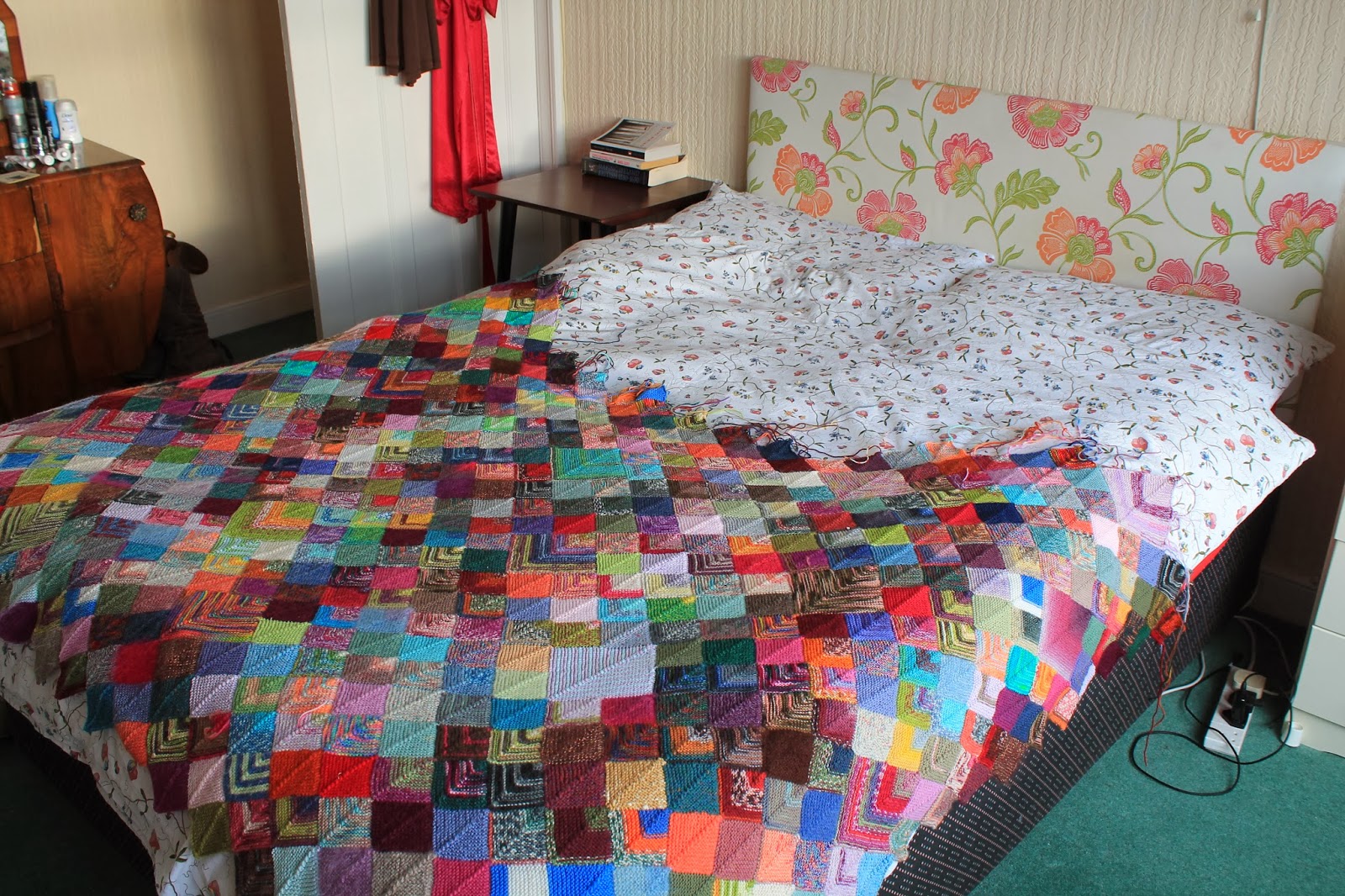 I'm pleasantly surprised, I'm further up the bed than I thought I would be and the blanket looks good, at least I think it does. It certainly will brighten up any room, there are a lot of colours going on.


I did some calculations last night, and it seems to me I probably need (at a generous estimate) about 400 more squares. This sounds a lot, but break it down and I only need to knit eight squares a week for a year and I should be finished! Simple? Well, it should be.

I feel a bit tentative about making wild resolutions/promises, but I really would like to get this blanket finished this year. I have made a good start, I've done 8 squares in the last two days, not that I think I will be able to keep up this pace. But, to encourage me to keep going I've added a KnitMeter counter to the blog - to make things simple I'm using 1 meter on the counter to represent 1 square on my blanket. Fingers crossed that the numbers keep ticking over ...
Labels: blanket Knitting resolutions WIPs