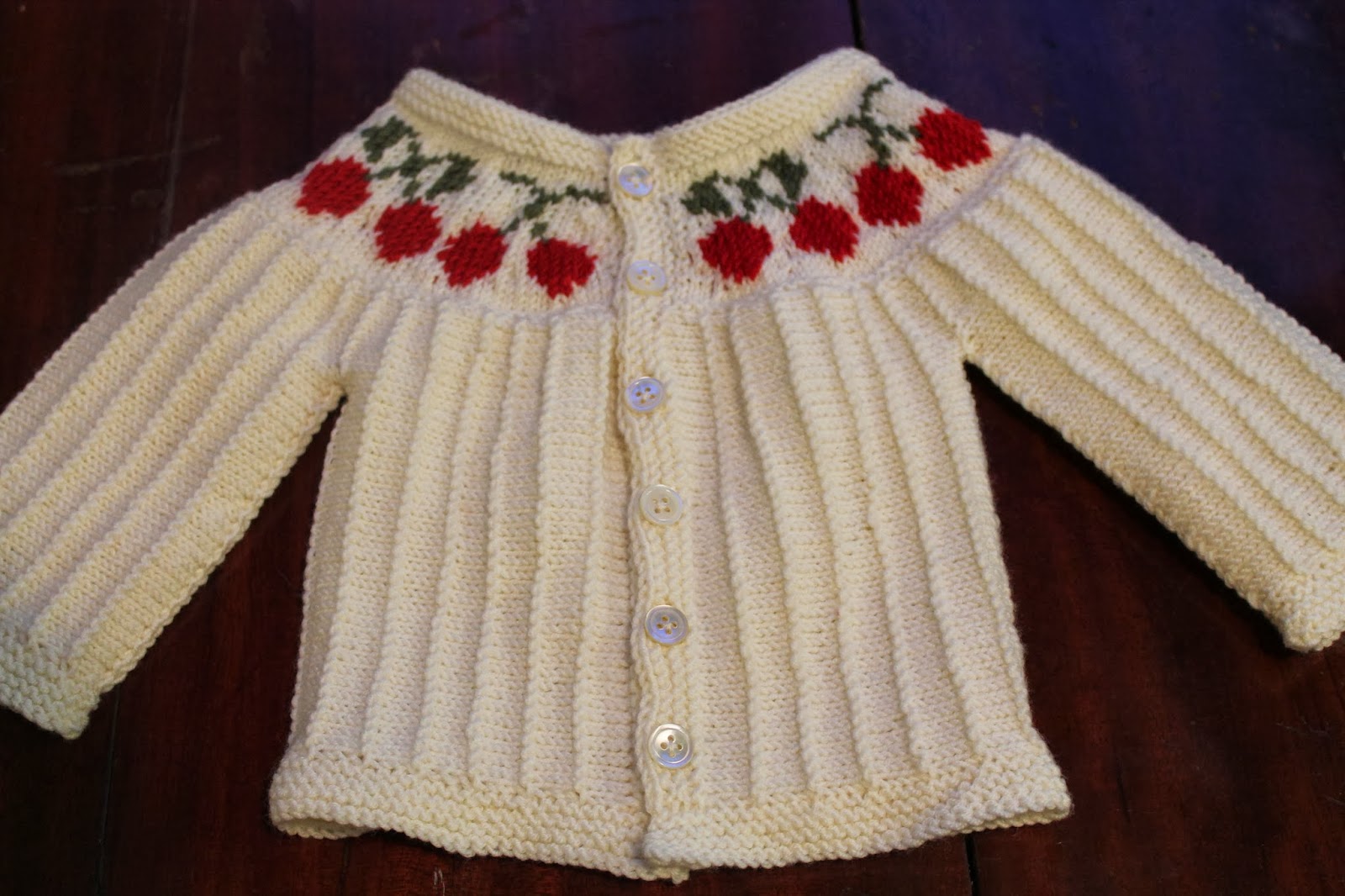 Most of my knitting time has been going into my blanket recently, but given its size it is not a very practical project to carry around, or bring to knitting groups. As a result I started on this baby jacket in January both to give me a portable project and to use up the left over wool from my xmas jumper.

The pattern comes from a slightly dated (I think is the kindest word) knitting book, which I was given as gift a couple of years ago. 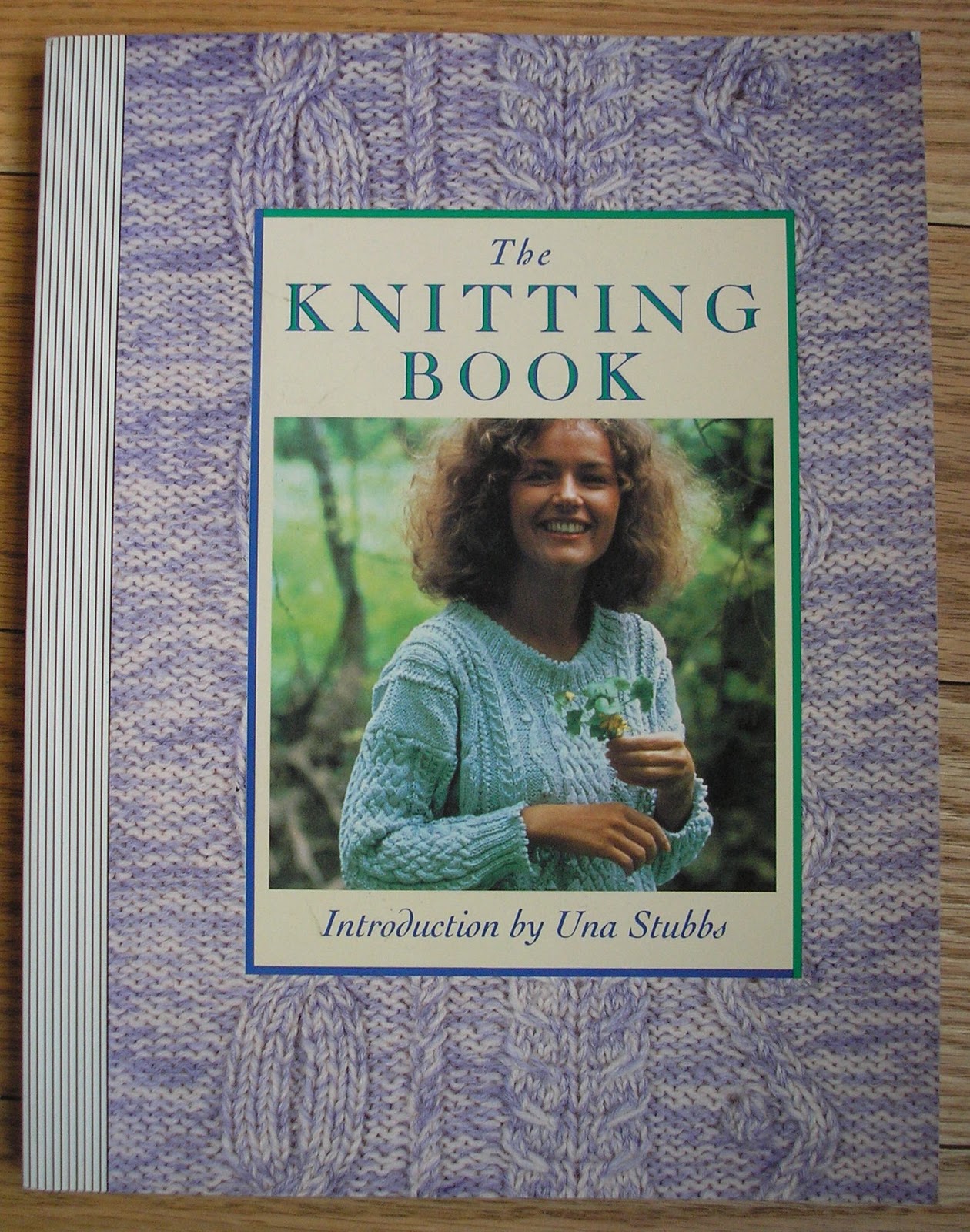 The book is a mix of very 1980s patterns, lots of mohair and bat-wings, some quite cute pattern, including this one, and the amazingness which is the Foxy Whiskered gentleman.

The jacket is pretty easy, but took me a lot longer than it should as I was only working on it at knitting groups. The body and sleeves are worked in one piece from side to side, and then stitches are picked up to knit the yoke. I made a couple of alterations to the pattern. The neck was to be finished with a 'tubular rib', which allowed for a cord to be threaded threw and used as a tie. This didn't seem a great idea, and the pattern itself warns you about the possible danger. So I replaced this with a simple 6 rows of garter stitch, to match the edging around the rest of the jacket. 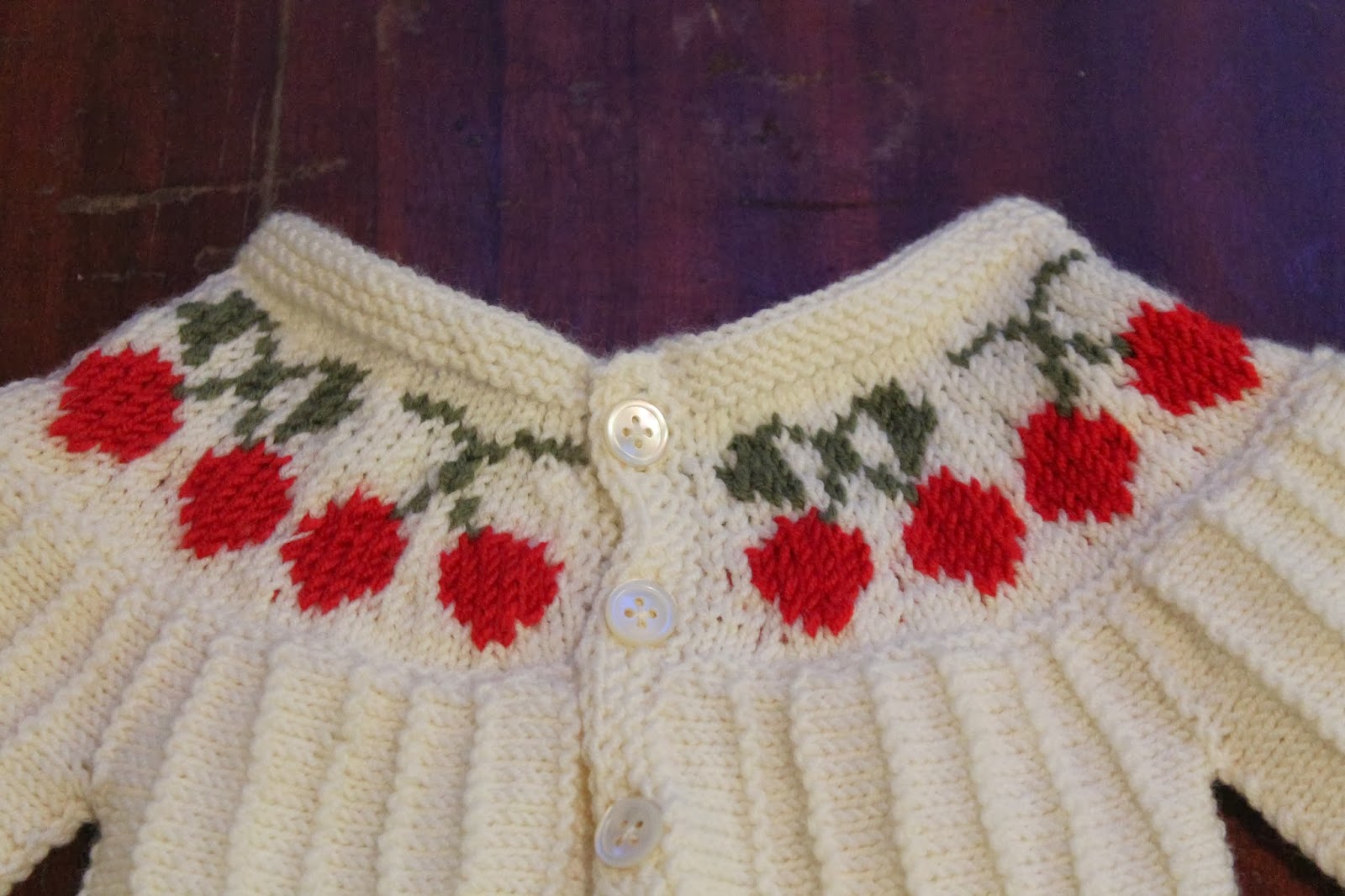 The second change I made was to the pattern on the yoke. The pattern suggests that this should be worked on afterwards in Swiss darning, but I thought it would be easy to knit the design. This created a problem with the decreases, but as they weren't designed to neatly stack up I thought it wouldn't matter if I moved them around a bit. Basically I fudged the decreases so they always occurred in the white areas, either between the cherries, stalks or leaves. Which is why my cherry stalks are joint, where as in the pattern there are gaps between them. But I think they are still pretty cute.

The biggest problem I had with the jacket was not having enough wool - so instead of finishing off some left over wool, I've ended up with nearly a full ball. Well, never mind, I can make another little something from the rest, maybe the matching booties which come with the pattern. I was able, however, to make use of my newly organised button collection to find the required buttons in double quick time! Now I just need to find a baby deserving of this little jacket. 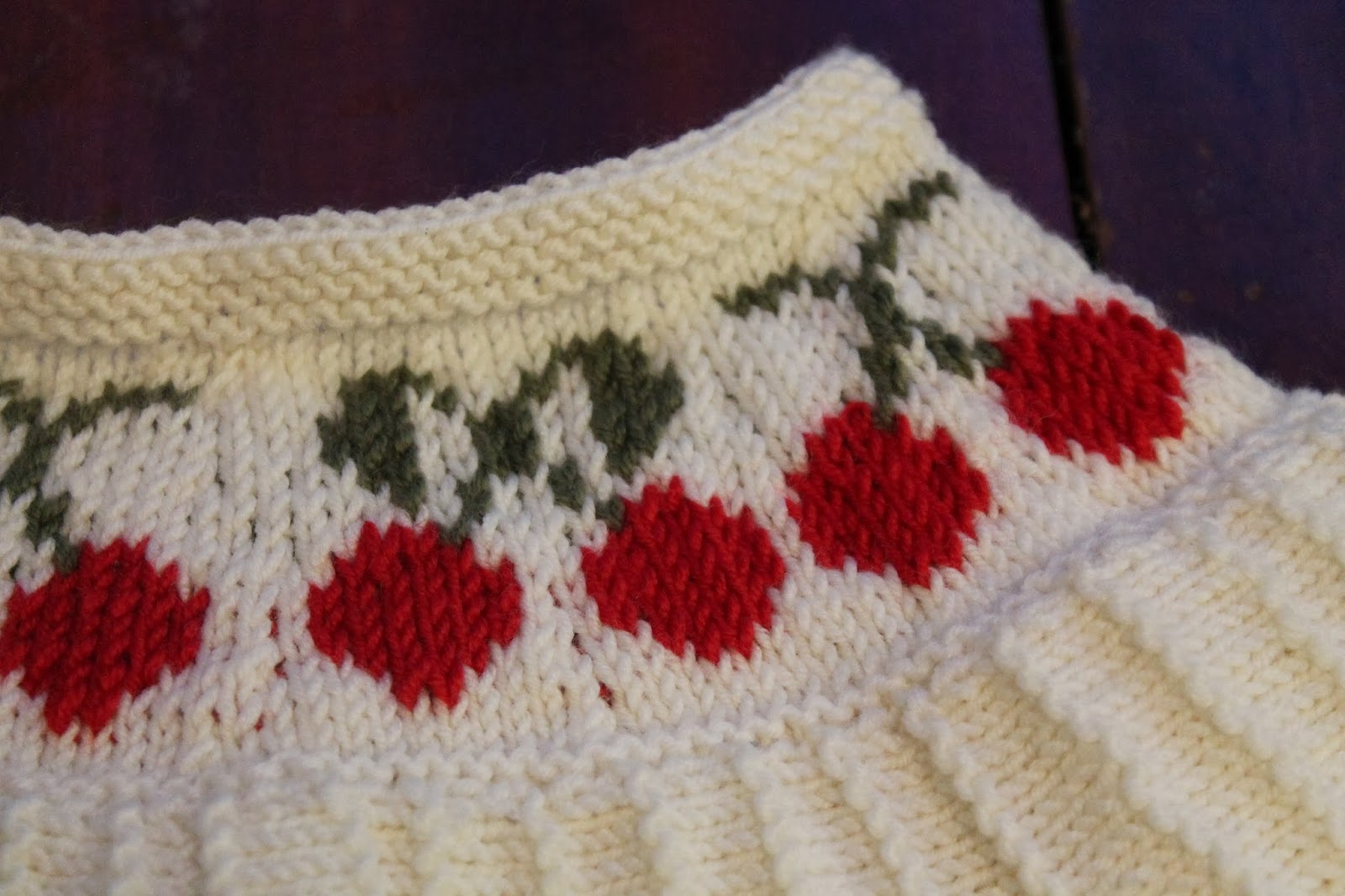