A new piece of furniture

About 10 months ago we moved into our new house. We were very in that we were able to buy all the furniture with the house, so we didn't have to buy loads of furniture at one. Some of the furniture is, um ... dated is probably the kindest word, were as other pieces are lovely especially the 1930s (ish) bedroom suite.

We've not done much to the house since we moved in, the whole place could do with redecorating, but it needs rewiring as well, and that has to come first! It doesn't seem to make much sense to buy furniture until we've redecorated and decided what we want to do with the rooms, but I have been keeping an eye out for an interesting items in second hand shops, and last Saturday something caught my eye in Oxfam. 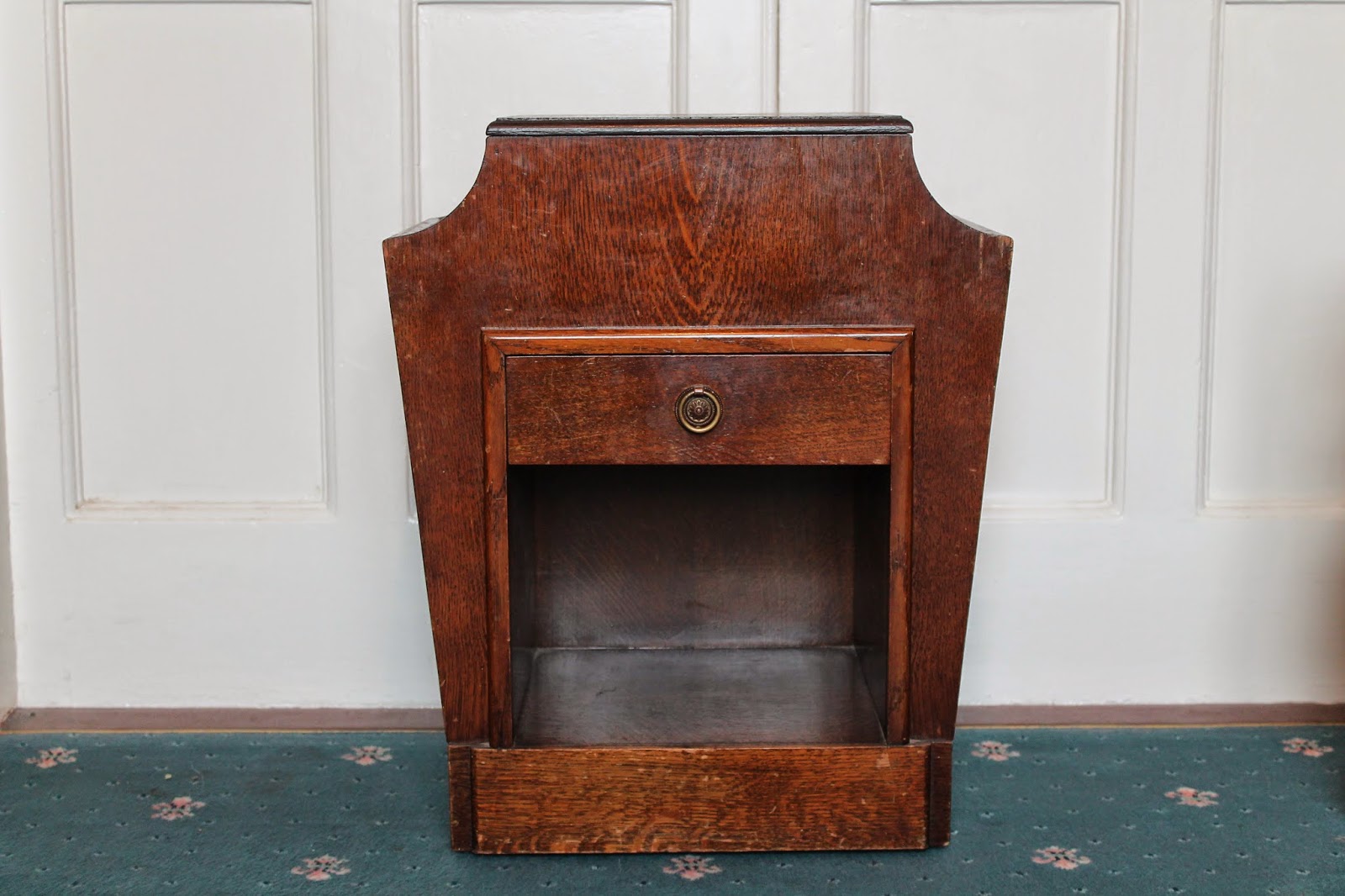 I really liked the shape, but as I got closer I wondered what exactly it was - some kind of hall stand? The wings on the side said umbrella stand to me. 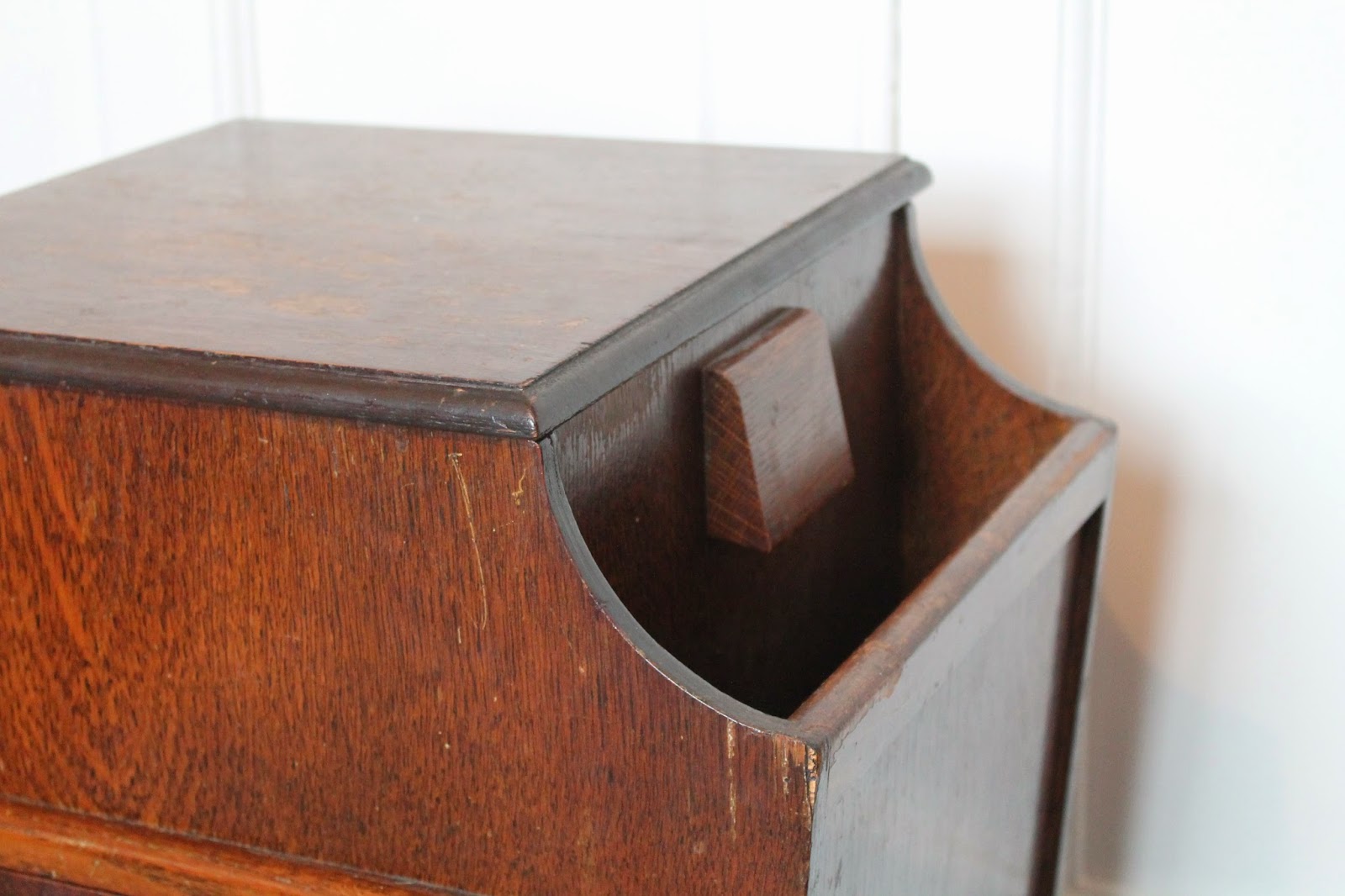 But then I lifted the lid and boom it hit me 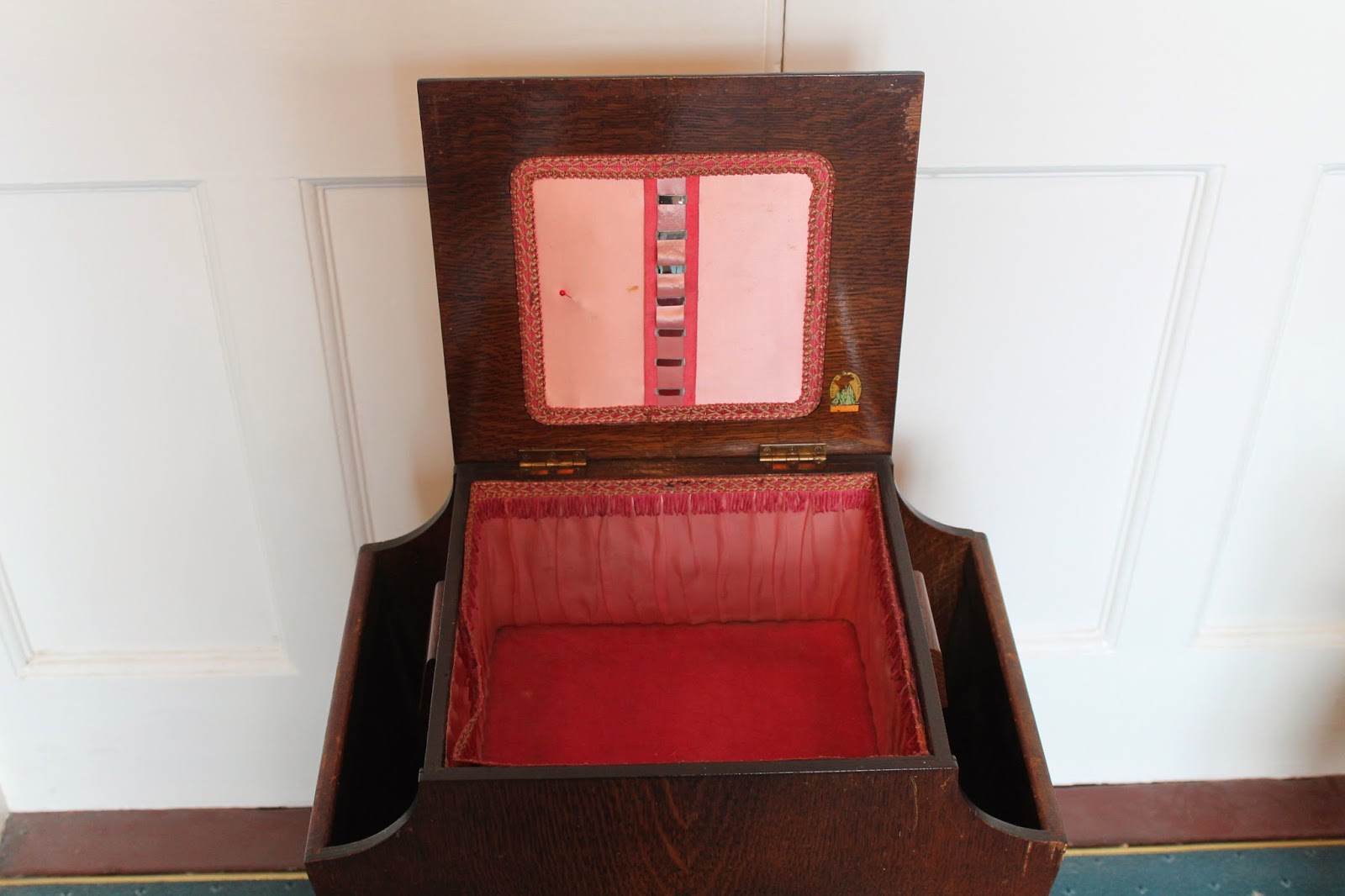 It's a sewing box (with optional umbrella stand)! Well, unsurprisingly I couldn't resist, and I am now the proud owner of a new sewing box.

Inside the lid is a maker's mark for 'A Morco Product' 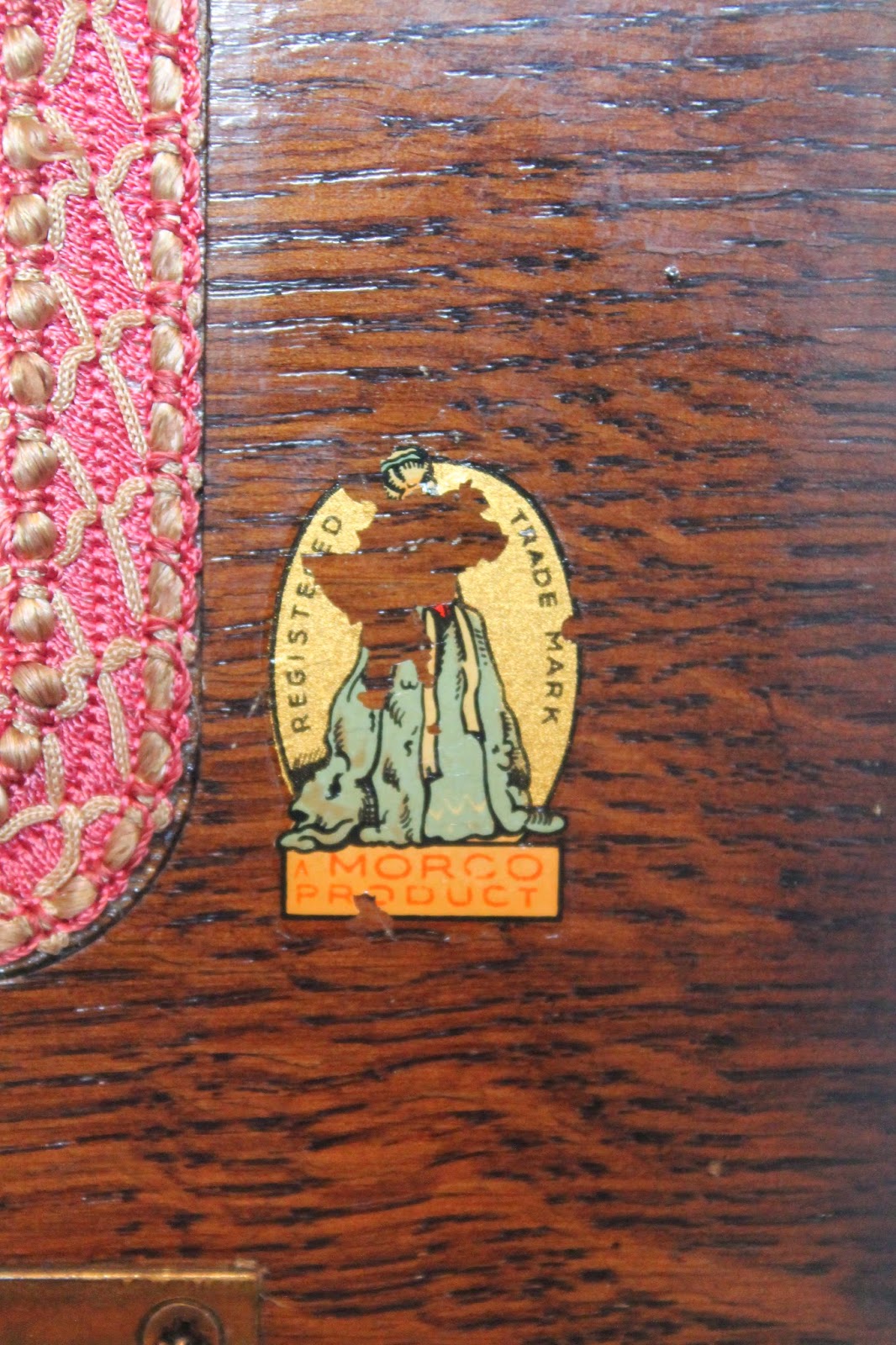 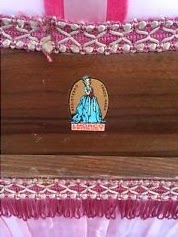 Sadly, my little Morco lady has some damage but the picture on the right shows what she should look like. It seems Morco specialised in sewing boxes and a quick google search turned up lots of different styles, although non quite like mine. I couldn't find out anything on the makers which was disappointing, but I'm going to say it's mid-twentieth century. My hunt on-line does seems to indicate that the pink lining is much more common than the shape. I have to say I'm not made on the pink, and I am considering replacing it, especially in the drawer where it is really coming away.

But it is not just the lining which is raising questions. There is also the questions of what I'm going to put it the wings??? Very long knitting needles perhaps?
Labels: decorating furniture new house retro sewing box vintage