OK, this month's literary knitter has appeared on this blog before, but it was four years ago and I didn't actually read the book then, but I have now just finished it. However, I feel I can get away with mentioning her again, as she is the classic literary knitter - Madame Defarge from Charles Dicken's A Tale of Two Cities. 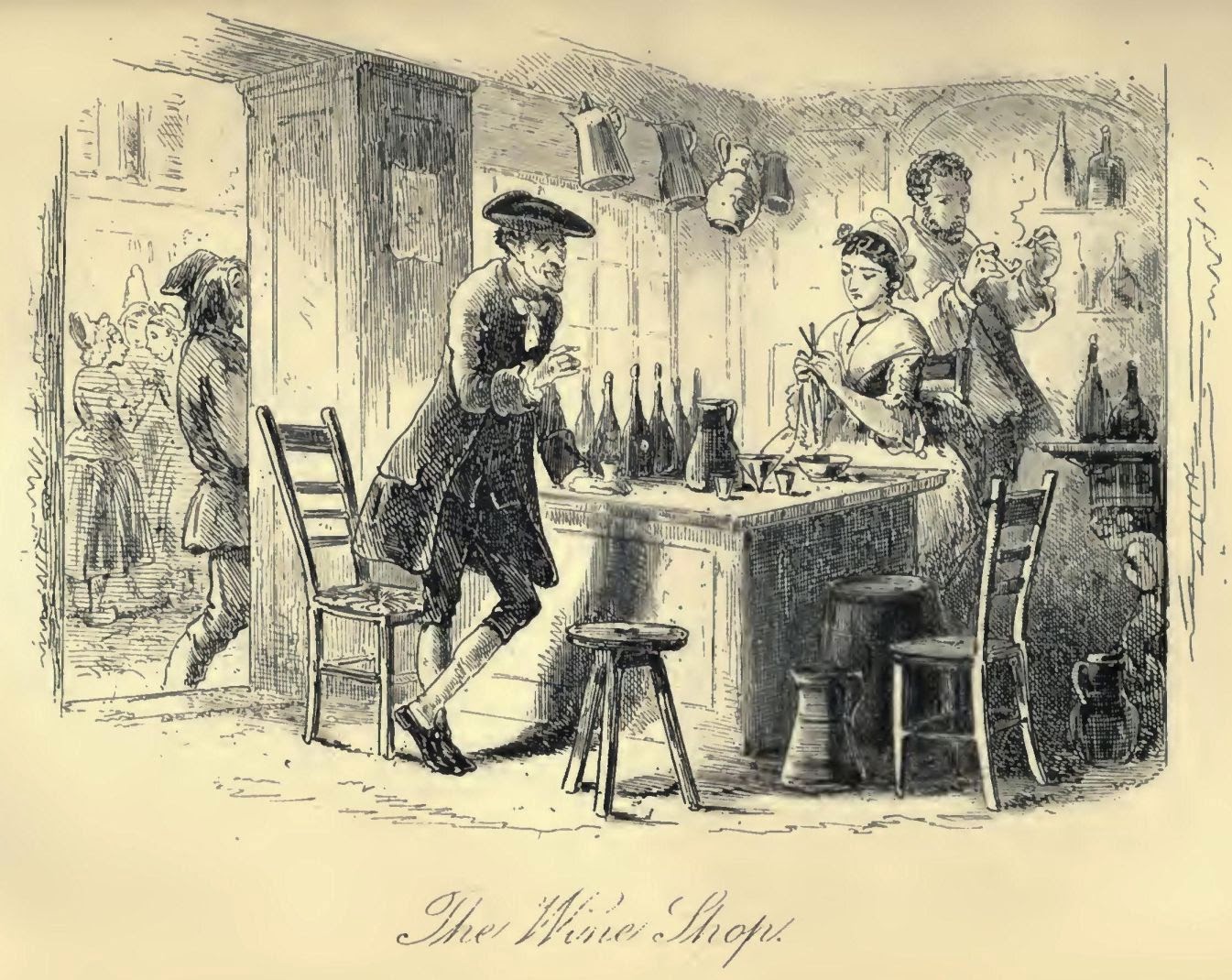 Madame Defarge and her knitting are central to the plot of the book, and in evidence of this the word 'knit' appears 68 times in the story, and three chapters have the word knitting in their title.

For those who don't know Madame Defarge sit in her husband's wine shop knitting, always knitting, it eventually transpires that she is keeping a knitted record of all those who have betrayed 'the people'

"Jacques," returned Defarge, drawing himself up, "if madame my wife undertook to keep the register in her memory alone, she would not lose a word of it—not a syllable of it. Knitted, in her own stitches and her own symbols, it will always be as plain to her as the sun. Confide in Madame Defarge. It would be easier for the weakest poltroon that lives, to erase himself from existence, than to erase one letter of his name or crimes from the knitted register of Madame Defarge."

Coded knitting - ingenious! Although, I certainly wouldn't want to get onto her wrong side, she is ruthless to her enemies and unremitting in carrying out what she sees as her duty. Later in the book she and her cronies sit knitting as the guillotine dispatches her victims. 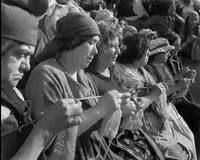 Madame Defarge is not the only knitter in the book, many of the women in Saint Antoine (the Paris parish where the Defarge's live) are shown knitting in the book, although they knit from desperation

All the women knitted. They knitted worthless things; but, the mechanical work was a mechanical substitute for eating and drinking; the hands moved for the jaws and the digestive apparatus: if the bony fingers had been still, the stomachs would have been more famine-pinched.