I can't believe it is March already. I feel like time is running away from me, I have such good intentions but I never seem to get round to finishing them. It's not a lack of motivation, I just seem to have a lot on - its been busy at work, we got an allotment at the beginning of February (although the weather hasn't been great so we've not spent much time up there) and after a year and a bit in our new house, the builder started work on our new kitchen and rewiring the house today! Which is great in the long term, but in the short term it mean disruption, dust and my sewing table being purloined. So, the next few weeks may not be the most productive for me crafting wise, but luckily the last few weeks have and I have a few projects to show.

One thing I have finished, and on time, is my father's birthday socks. Long time readers will know that for the last few years I have knitted my father a pair of socks for his birthday, which is the first of March. Unlike last year when his socks were several months late, this year he had a present to unwrap on the day. 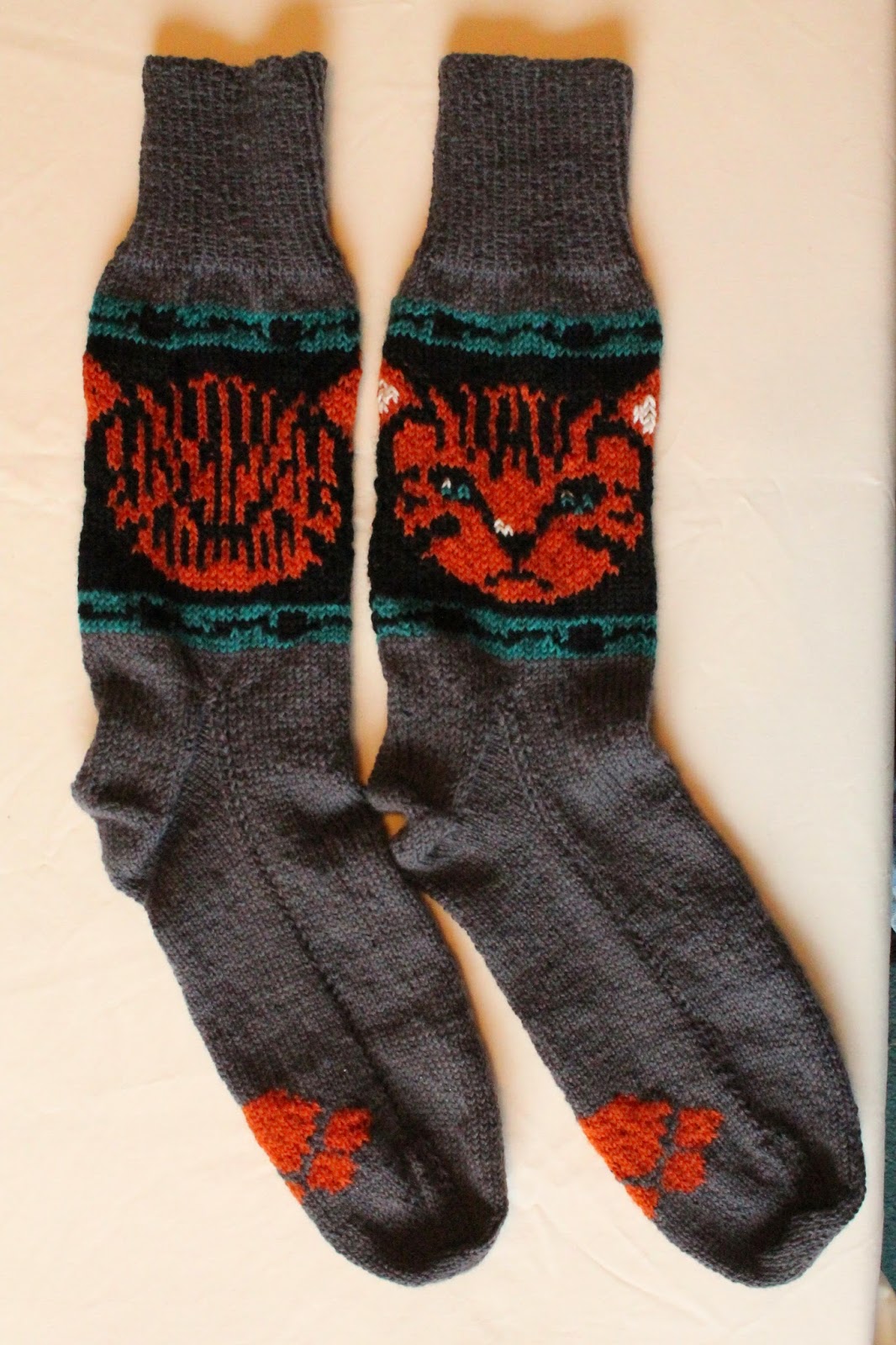 For various (all charming) reasons my dad is know affectionately as Tigger or the fat cat, so I felt this year's socks needed a feline theme. I used a combination of patterns for these socks, the base pattern is Father's New Socks, I made the socks for him two years ago and he said they were a good fit. 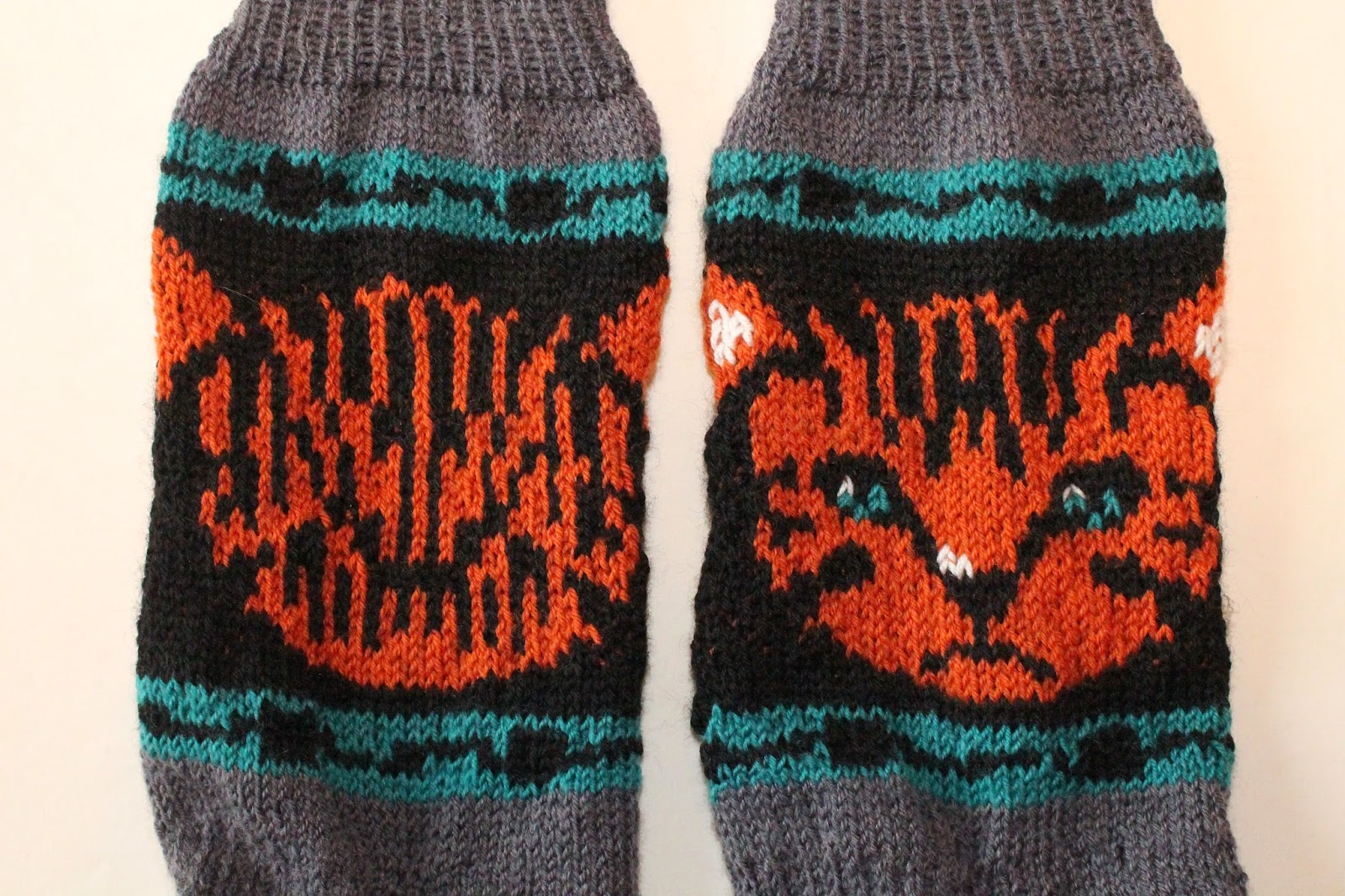 The cat head is from a pattern I found on ravelry, I had to make a couple of alterations to the pattern to make it fit across the number of stitches I had on my socks. I added in an extra four stitches, two on each ear and one into each of the squares in the boarder. I love the way the cats face outwards on each sock. The paw print comes from this pattern, and I just couldn't resist it. 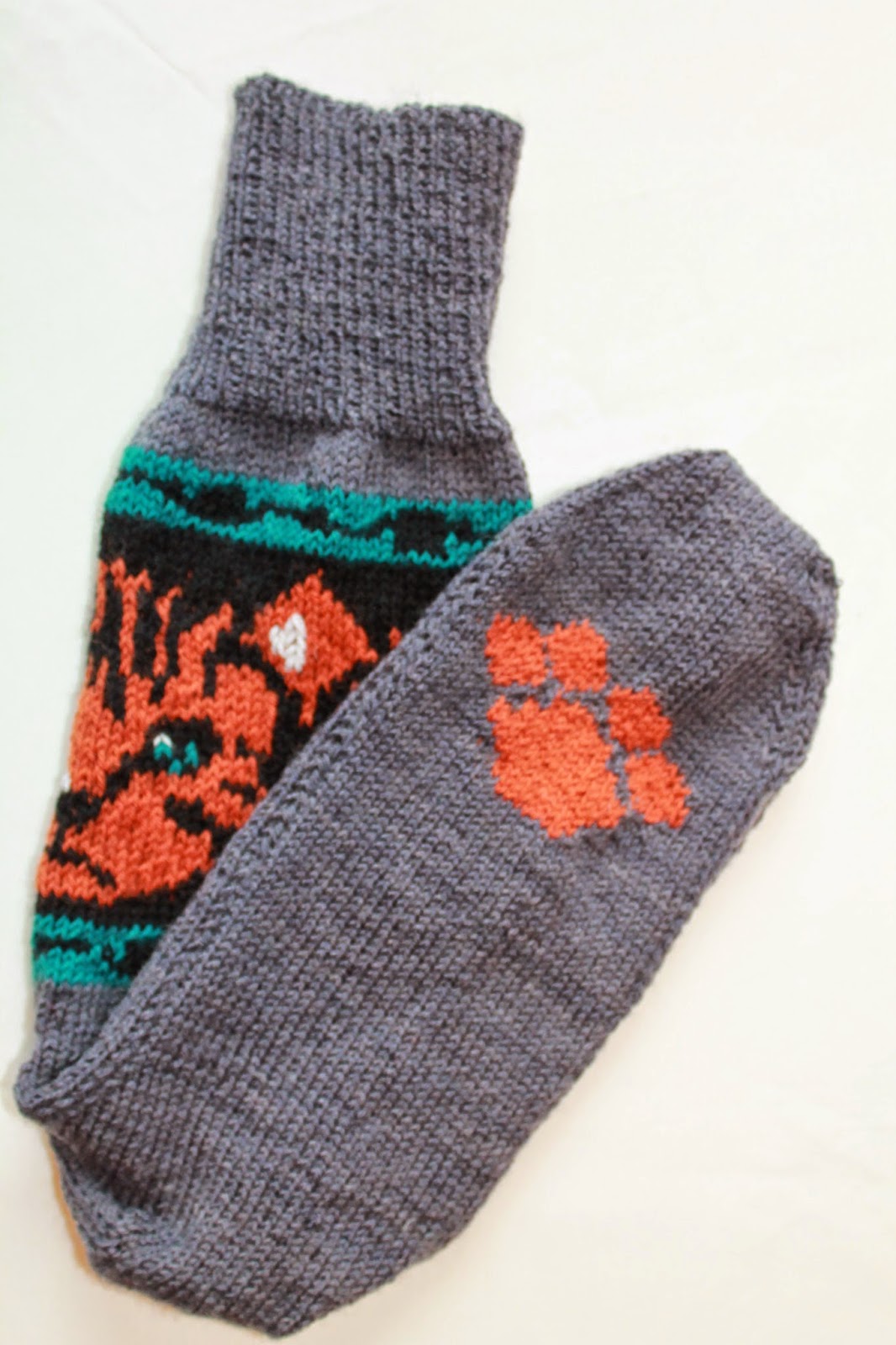 Reports from my father are that he is delighted with the new socks, and that they fit perfectly! Happy Birthday Dad :)
Labels: birthday socks cats knitted gifts socks