A happy ending, and a new jumper

At the beginning of last winter I attended a conference for work, it was the first really cold day of the season and I took my favourite hat and scarf with me. What was my horror when next time I went to put them on that they were nowhere to be found. I was distraught! 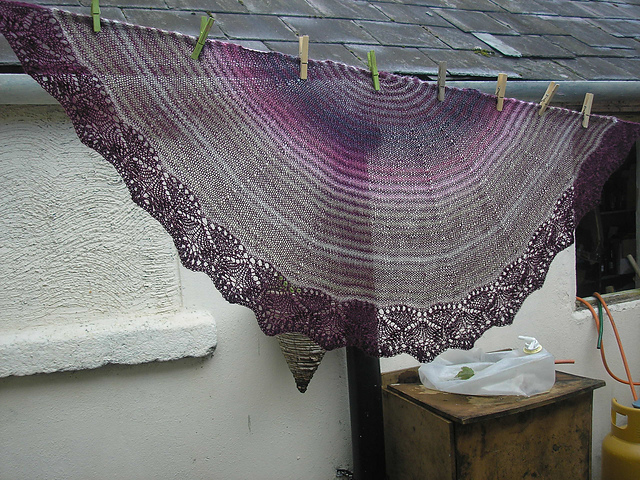 From looking on Ravelry I can see that I made the scarf, a cladonia, back in 2012. I knew I'd had the hat for much longer but it seems I made it pre-Ravelry, which means before 2007, so I've had it for about ten years. Oh, that makes me even sadder :(

As it got colder in November I decided I had to get over my grief and make a new hat and scarf. I'd already planned to make this hat, so that was easy enough. But when I set about making a new cladonia I hit a problem. I picked some pink and white alpaca-silk yarn and I started knitting, but I just wasn't loving it. 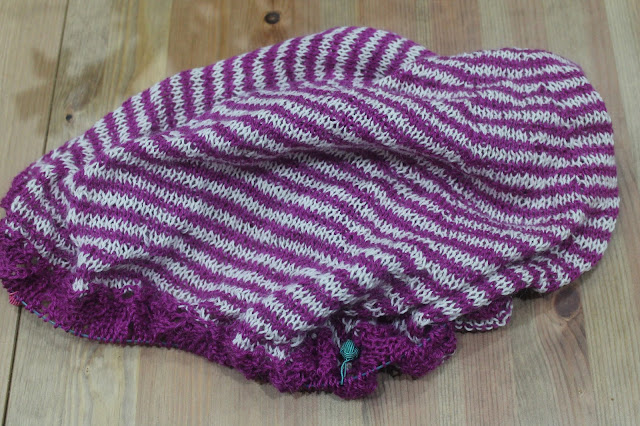 It's pretty, but its just not as nice as my old one. I was clearly not over my grief yet, and it languished uncompleted in my knitting basket.

Then one morning in February I came downstairs for breakfast and what was my surprise to find my missing scarf and hat on the kitchen table! The boyfriend, who had been up early, had been digging in the cupboard under the stairs for a bag. He had found them in the bottom of a bag which, I clearly, don't use very often! How did I feel? Mortified? yes, but so very, very delighted :) 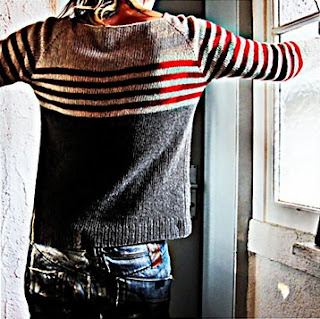 To be honest, I'd already been considering ripping back my pink and white cladonia and making something else, and now I could with a clear conscience. I'd been admiring the Ravello jumper pattern for a while, after seeing several lovely versions on Ravelry, and this seemed a perfect opportunity to make it.

A hunt through my stash turned up some beautiful emerald green silk alpaca (which I had slightly forgotten about) and I through it would be a great contrast. 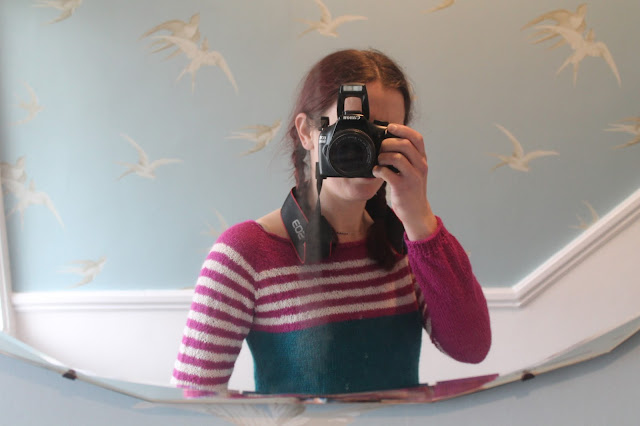 Pretty good, no? I'm so happy with top, so much happier than I was when the yarn was the cladonia. The pattern was really straight forwards, and easy to knit. I didn't have to make any changes to the pattern but just knit, knit, knit. 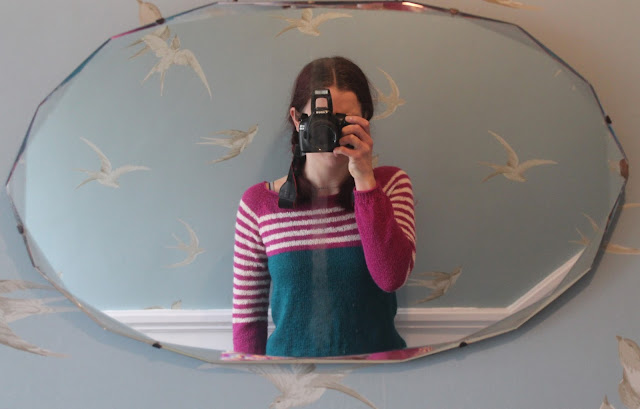 Plus check out my wallpaper - oh yes, I've finished and it is so nice. I will be doing a separate post just on the decorating but I couldn't resist sharing a little peak!
Labels: decorating finished projects Knitting