Thanks to the Dublin Knit Collective I won two tickets to Pints & Purls at the Irish Craft Beer Festival on Thursday Night. With my trust knitting companion T, I set out to enjoy a couple of crafty ones! 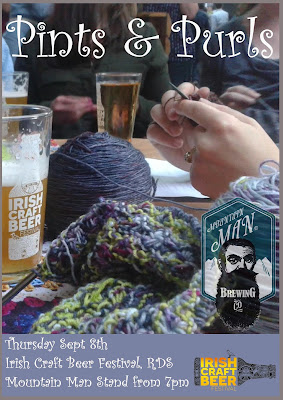 The get together was organised by Phil & Sue of Mountain Man Brewing Company, and we had a table in front on their stand, with a very appropriate crochet patterns table cloth. 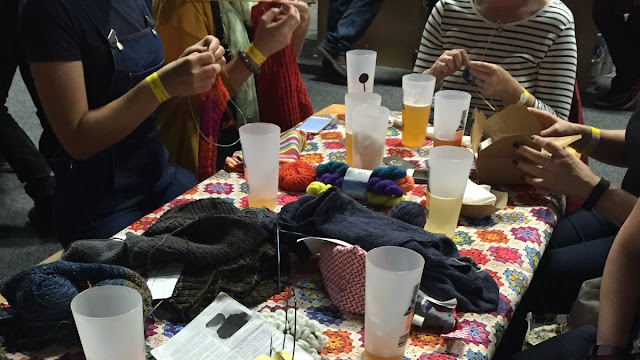 I went to the festival last year with the boyfriend and a group of his brewing chums, but it was a different experience being there with a group of knitters. I think it would be fair to say we were a bit of a talking point, and were photographed (not always very surreptitiously) by many others at the show. We also received, what I like to consider, as a number of admiring comments. Once we'd got used to the attention it was a really lovely evening; a delightful combination of knitting, beer drinking and chat. 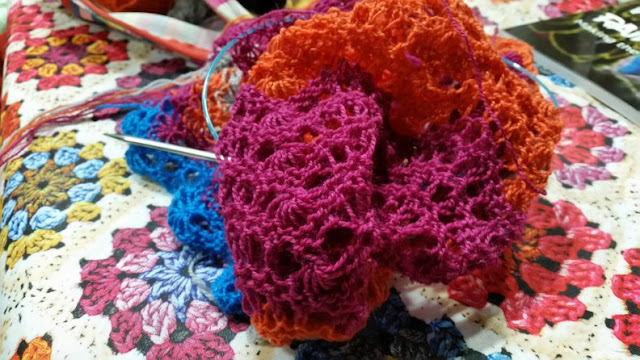 Having said that, I probably should have brought something easier to knit than I did - as I frequently lost my place in the pattern and had to rip back and re-knit! 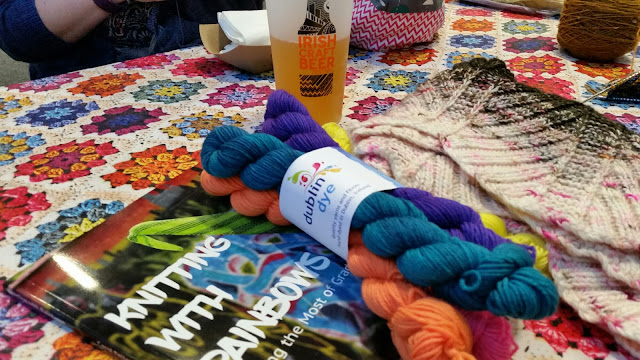 There were also a couple of raffle prizes for attendees. Slightly embarrassingly, given that I had won free tickets to the show, I followed this up by winning the mini skeins in the raffle. (Note, I wasn't embarrassed enough not to accept the prize). They are five beautiful jewel coloured mini-skeins of sock wool, hand dyed by the Dublin dye company. I also found out from T, that mini-skeins like this are called unicorn tails - what a great name! 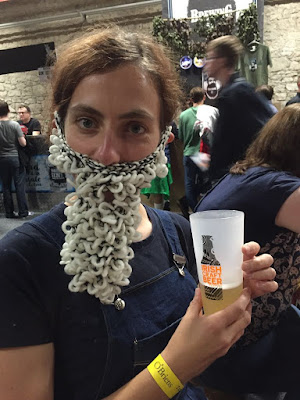 'Hazwool' goes undercover as a hipster bearded craft-beer drinker,
it is a hard task but someone has to do it!